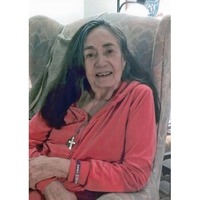 Marcella V. Henke, 85, of Hallettsville, passed away January 19, 2023.  She was born on August 28, 1937, to Charles and Mary Hajek Vana, in Fayette County, Texas.  She was the oldest of four children.  She married Henry Joe Henke Jr on May 3, 1959, at Assumption of the Blessed Virgin Mary Catholic Church in Praha, Texas.  She and Henry Joe welcomed a son, Henry Joe Henke III in June of 1961.

Marcella was a member of the Sacred Heart Catholic Church and served on its Board of Directors.  She also served as Lector, Eucharistic Minister and Rosary Leader.  She served as President of the Confraternity of Christian Mother, the K.J.Z.T. and Regent for three terms and District Deputy of the Catholic Daughters of the Americas, and Counselor and Leader of the Junior Catholic Daughters of the Americas.  Marcella joined the Associates of Incarnate Word and Blessed Sacrament and received her Incarnate Word Associate Pin on the day of Consecration, September 8, 2013.  In her community of Hallettsville, she was honored by the Hallettsville Chamber of Commerce and Agriculture as Citizen of the Year.

For over 50 years, Marcella was a health care administrator/CEO and served as president of numerous health care associations.  Most notably she was appointed by four Texas governors to serve on the Texas Department of Health Care Licensing Council for 14 years and served as a Delegation Leader to Washington, DC and met with members of Congress regarding health care concerns for Texans and Americans.  She served as a consultant for hospitals who were struggling to stay open.  She was also a life member of several hospital auxiliaries.